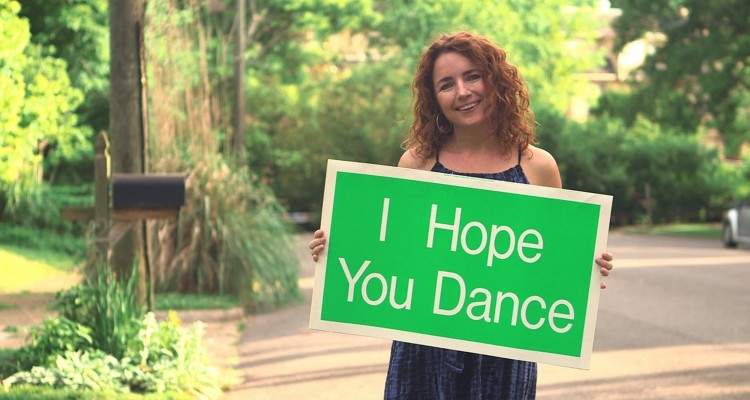 Hitting Theatres on May 16, 2016, the Meteor 17 Production – a Star-Studded Theatrical Documentary Based on the Grammy-Award Winning Song – Celebrates Hope, Faith, and Inspiration Through the Power of Song

“We are strong believers in the power of Event Cinema and are excited to work with KAOS Connect and Meteor 17 on our first initiative as we re-enter the space,” said Darryl Schaffer, Executive Vice President, Operations and Exhibitor Relations, Screenvision Media. “’I Hope You Dance, The Power & Spirit of Song,’ is an inspiring program backed by unprecedented marketing support, and we’re looking forward to engaging audiences with content they’re passionate about in a brand new way.”

Directed by award-winning writer/director John Scheinfeld and produced by Proffer, “I Hope You Dance, The Power & Spirit of Song” is based on the Grammy award-winning song and features popular music icons Graham Nash, Vince Gill and Brian Wilson; the late Dr. Maya Angelou, legendary author; and America’s popular and influential speaker/author, Joel Osteen, among others. The program will take audiences on a journey through the exploration of how one simple song has greatly impacted many lives through hope and healing, inspiring transformation.

“’I Hope You Dance’ provides the opportunity for people of all backgrounds and ages to gather together as communities in theatres and experience ways to overcome life’s biggest challenges through the power of hope, inspiration and song,” said Dan Diamond, KAOS Connect Managing Partner.

“I Hope You Dance” is the crossover country pop song written by Mark D. Sanders and Tia Sillers that quickly became a Billboard chart topper for country singer Lee Ann Womack with Sons of the Desert when released in 2000. “I Hope You Dance” garnered the 2001 CMA, ACM, NSAI, ASCAP and BMI awards for Song of the Year, followed by the Grammy Award for Best Country Song.  As of February 2016, the song has sold more than 2 million digital copies in the U.S. alone.

“The potential of music to rouse hope, spark inspiration and excavate stories that stir hearts has been at the core of my entire career,” said Spencer Proffer, Meteor 17 CEO and producer. “I’m pleased to team with close friends Dan and Shelly at KAOS Connect, my business partners in the faith and inspirational media lane, Joe Battaglia and David Sams, and our new colleagues at Screenvision Media to bring a film based upon the poignancy of Mark D. Sanders and Tia Siller’s timeless song to the public.”

Acclaimed industry leaders Joe Battaglia and David Sams are co-executive producers of the project. Sams is a nine-time Emmy Award-winning television producer, author, speaker, emerging technologies guru and serial entrepreneur whose marketing credits include the syndicated launch of “The Oprah Winfrey Show,” “Wheel of Fortune,” “Jeopardy!”and “RollerGames.” Battaglia is an author, broadcaster and President of Renaissance Communications, a media company that for more than 20 years has actively been responsible for the promotion of highly successful faith-based hit movies including “Passion,” “Narnia,” “Risen” and the current box office hit “Miracles from Heaven.” Together, the two, along with John Frost, are the co-creators and executive producers of the No. 1 faith-based radio program in the nation, “Keep the Faith,” which boasts over 2 million total listeners to date and is an active marketing partner for the event.

“I Hope You Dance, The Power & Spirit of Song” is approximately 95 minutes in length and is not yet rated. For more information and to purchase tickets, visit www.ihopeyoudancetickets.com.

Headquartered in Denver, CO, KAOS Connect is the next step in the evolution of the event experience, making events more accessible and engaging both on–and beyond–the Big Screen. By transforming ordinary content into extraordinary experiences, KAOS connects people, organizations, brands and content worldwide.  Owned and operated by two seasoned media executives, Shelly Maxwell and Dan Diamond have been credited with the success of creating and building the world’s preeminent EVENT CINEMA business as they transformed movie theatres into places where communities could gather together to experience unique entertainment and infotainment, not just traditional films. For more information: http://www.kaosconnect.com.

ABOUT METEOR 17 AND SPENCER PROFFER

Headquartered in Los Angeles, this convergence and production venture is helmed by innovative media and music producer, Spencer Proffer. M17 is producing and is developing an ambitious slate of projects across music, TV, film, Internet, live event, and other platforms, integrating brand marketing and music as organic components. M17 is a full service organization that actively participates from conception and architecture through all phases of deal making, production, marketing and distribution entities. www.meteor17.com.

Spencer Proffer is a highly regarded media producer and strategist with a long history of connecting with audiences. His productions and those he has been integrally involved with have garnered Academy, Golden Globe, Emmy, Grammy and Tony awards and nominations.  As music producer, Spencer has sold millions of gold and platinum records. He has expanded his pedigree by architecting and executing original content for films, brands and distribution companies to get their message across, utilizing music as an organic component.