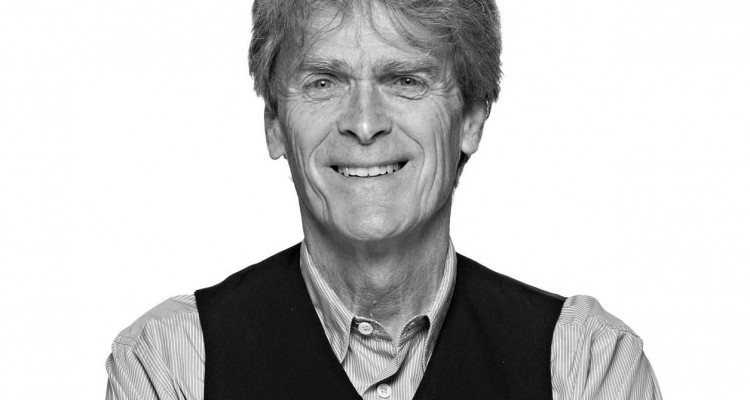 New York, N.Y., April 28, 2016 – Screenvision Media, a national cinema advertising leader, today announced that Sir John Hegarty, iconic advertising Creative Director, will join Screenvision Media as Creative Chair in Residence, an industry first, starting May 2016. Hegarty is one of the highest-acclaimed creative visionaries in the industry and brings to Screenvision Media more than five decades of creative insight and a shared passion for compelling storytelling.

“Audiences, now more than ever, must be wholly captivated by the story being presented to them, thus making imaginative storytelling of paramount importance to Screenvision Media.  There is not a more powerful screen in media than cinema, and we believe wholeheartedly that the creative community aspires to have its work showcased here,” said John Partilla, CEO of Screenvision Media. “We are honored that Sir John will be working with us to elevate the art of cinematic storytelling through collaboration with our in-house creative team, as well as advertising and tech partners.”

Sir John Hegarty began his advertising career at Benton & Bowles in London in 1965. He joined Cramer & Saatchi in 1967 and was eventually appointed Deputy Creative Director when the agency became Saatchi & Saatchi in 1970, during which time his work was recognized in the Design & Art Direction (D&AD) Annual, the gold standard of British Advertising. Hegarty left in 1973 to co-found TBWA, where he was awarded his second D&AD Gold for Newsweek.

In 1982, Hegarty founded global advertising agency Bartle Bogle Hegarty with partners John Bartle and Nigel Bogle, which quickly became one of the most successful and awarded advertising agencies in the world. At BBH, he made the phrase ‘Vorsprung Durch Technik’ synonymous with Audi, picked then-unknown actor and model Brad Pitt for a starring role in a Levi’s commercial and pioneered the importance of music in commercials.

Hegarty has garnered awards at D&AD, Cannes and British Television, and among others, was given the D&AD President’s Award for outstanding achievement and admitted to the US One Show Creative Hall of Fame in 2005. In 2007 he was Knighted by the Queen for services to the advertising industry, and in 2011 was the first recipient of  Cannes Lion of St. Mark for outstanding contribution to creativity.

He helped found The Garage Soho in 2014, an incubator company for entrepreneurial ideas. Its motto is ‘Don’t start a business, Build a Brand.’

In 2015, Hegarty wrote and art directed the notable global cinema ad for Project Everyone, an initiative that drives awareness to the United Nations’ Global Goals for Sustainability – ending poverty, reducing inequality and defeating climate change for everyone by 2030. The ad featured the voting on, and ratification of, the Global Goals, and one of Hegarty’s creative spins on the moment was to represent all the voting world leaders with an animated version of their country’s animal.

“I have been a part of the advertising landscape for over 50 years and know that you must engage in meaningful conversation with your audience in order to connect with them,” said Sir John, Creative Chair in Residence, Screenvision Media. “Screenvision Media gives their partners the opportunity to do just that through thoughtful craftsmanship of impactful cinematic stories, and I’m eager to work with them and together tap into fresh ideas and heighten the power of storytelling on the big screen.”
As Creative Chair in Residence, Sir John, along with the backing of Screenvision Media’s creative group, 40 Foot Solutions, will offer creative council to advertising partners during the development of big-screen ad content. He will hold the position for three years starting in May 2016.